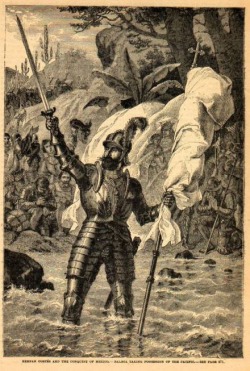 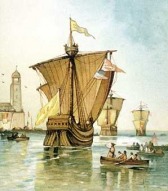 When he arrived in Santo Domingo, which is in South America, Balboa tried to make a living as a farmer, but was not successful. While in his new home Native Americans told Balboa about a "great sea". Balboa believed the land where the sea was located would contain large amounts of gold. Balboa became determined to find this sea.

Balboa began his journey to the sea by crossing the Isthmus of Panama. It took him three weeks to cross through the thick jungles of Panama. After hacking his way through the jungle Balboa was still not able to see the Pacific Ocean until he climbed a mountain peak. 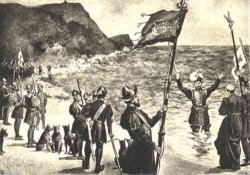 While at the Pacific Ocean Balboa found the treasures he hoped would be there. He spent months collecting pearls and gold to send back to Spain.

Unfortunately for Balboa he was accused of treason by an enemy and was beheaded. 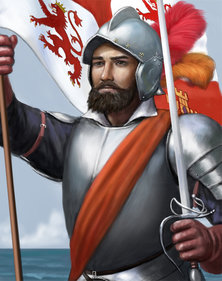